Pre-stressed concrete has been proving its versatility in bridge and deck construction, dams and retaining walls, tiebacks, pavements, poles, piling, and in repairing existing structures.

According to an article published by the Alaska DOT, “concrete bridges are a practical way to deal with Alaska’s many design and construction challenges, including short construction season, remote locations, temperature extremes, seismic demands, and coastal environments.”

In buildings, the depth of beams and girders can be greatly reduced as the thickness of the slab is reduced allowing more head room. Also, more stories can be added at any time with the roof becoming the floor for the added story.

Pre-cast Concrete Company now has the capabilities to produce AKDOT’s 42″, 54″ and 66″ Deck Bulb Tee (DBT) girders with lengths up to 170 feet. We are also offering panels, and other prestressed concrete products. 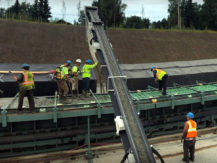 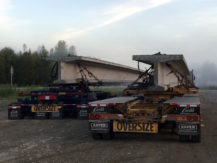 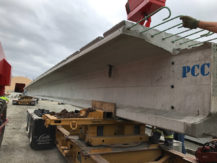 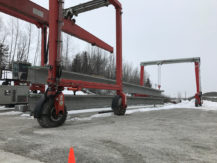 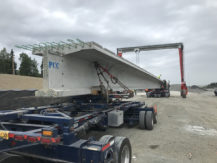 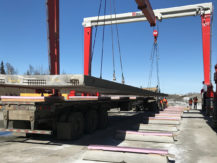 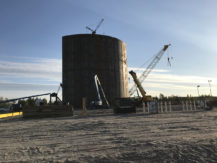 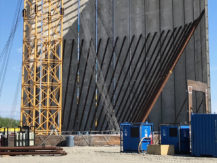 AS&G was the first producer of prestressed concrete products in 1959, bridge girders were supplied for the Eagle River bridge and pre-stressed panels to the National Bank of Alaska. Production was ceased due to the 1964 earthquake.

This website uses cookies to improve your experience while you navigate through the website. Out of these cookies, the cookies that are categorized as necessary are stored on your browser as they are essential for the working of basic functionalities of the website. We also use third-party cookies that help us analyze and understand how you use this website. These cookies will be stored in your browser only with your consent. You also have the option to opt-out of these cookies. But opting out of some of these cookies may have an effect on your browsing experience.
Necessary Always Enabled
Necessary cookies are absolutely essential for the website to function properly. This category only includes cookies that ensures basic functionalities and security features of the website. These cookies do not store any personal information.
Non-necessary
Any cookies that may not be particularly necessary for the website to function and is used specifically to collect user personal data via analytics, ads, other embedded contents are termed as non-necessary cookies. It is mandatory to procure user consent prior to running these cookies on your website.
SAVE & ACCEPT